Here’s our list of 5 Dutch tourist traps you should definitely visit. No worries, it’s not wooden shoes, tulips and cheese.

Wooden shoes, tulips, cheese and the famous redlight district in Amsterdam. Forget the Dutch clichés and tourist traps and remove those from your must-see bucket list in the Netherlands. The Netherlands is a beautiful country and has much more to offer than crowded souvenir shops and cliché attractions. Nevertheless, there are some Dutch tourist traps you should definitely keep on your list. We’ll tell you which ones those are and what you should consider when visiting.

1 The art Museums of Amsterdam

While there are multiple tourist traps in Amsterdam, you should avoid at all costs (Madame Tussauds for example and the Tulip, Sex and Vodka Museum) there are some museums definitely worth a visit. Starting with the beautiful and light Van Gogh Museum where you can admire the oeuvre of the Dutch impressionist painter Van Gogh. However, the downside is that it is very, very busy. If possible, avoid the peak times (go for a time slot early in the morning on a weekday) and make sure you’ll pre-book your ticket online so that you can skip lines.

Close to the Van Gogh Museum, you’ll find the Rijksmuseum and the Stedelijk Museum. Whereas in the Rijksmuseum you’ll find some of the most famous paintings from the Dutch Golden Age in the Stedelijk Museum modern art lovers will get their money’s worth. The same goes here; both museums can get busy, and it is best to avoid peak times and book your ticket in advance. Make sure you’re not only focussing on the Dutch masters (a.k.a. Rembrandt) when visiting the Rijskmuseum as you’ll find many hidden treasures while wandering through the huge building.

If you plan on visiting multiple museums, some discount options might be worth considering.

And while we’re at it. Should you have some time left in Amsterdam, read these 14 tourist traps you should avoid and where to go instead. 2The Efteling in Kaatsheuvel

As soon as you mention you are planning a visit to the Efteling to a Dutchie most likely, a dreamy expression will appear on his or her face right after (s)he started to hum the famous theme song and tell you about Holle Bolle Gijs. (Fun Fact, The central station in Amsterdam uses the Efteling theme song during the night to keep people from lingering in the station for too long. True story!) Every child in the Netherlands has at least once in their lives been to the Efteling. No wonder as the park easily keeps up with other famous theme parks like Disneyland or Europa Park. The readers of themeparkinside.com even voted the Efteling the world’s best theme park in 2017.

But enough of the praise, what does the park actually has to offer? There are multiple attractions in the Efteling. The most famous one is Het Sprookjesbos (“The Fairytale Forest”) where you can admire fanciful installations about classic fairytales. The Fairytale Forest is not only for children worth a visit but allows people from every age dream away and bring out that inner child again. But also adrenalin-junkies get their money’s worth as the Efteling offers multiple rollercoasters where you can scream your head off.

If possible, try to avoid the park during the school holidays as this is the time where it’s most crowded. Naturally also weekends tend to be busier than weekdays. However, if you’re in for the whole experience, it can also be nice to book an overnight stay. Adjust your visit accordingly. Last but not least, the park is international-friendly as it provides all information in four languages — more than enough reasons to include De Efteling in our Top-Five tourist traps to visit anyway.

3 The Anne Frank house in Amsterdam

If you have ever read the famous diary of Anne Frank, who was forced to hide from the German occupation you will be impressed by a visit to the Anne Frank house in Amsterdam. The museum is located in the house where Anne Frank and her family went into hiding during the Second World War. With eight people they hid in the top floors of the annex of the main house behind a secret door hidden by a cupboard. While staying there, Anne Frank kept a diary which became famous after the war where Anne and her family died.

The Anne Frank house is one of the most visited tourist attractions in the Netherlands and does not offer room for many people. Therefore, you must not forget to reserve your ticket and time slot in advance. Nevertheless, it is worth the effort as the Anne Frank house is quite impressive. It is a very authentic place and captures the claustrophobic atmosphere the family must have felt.

If you are planning a couple of touristy days in Amsterdam, consider the I amsterdam City card which allows you to visit all musea for free, use public transport and get discounts in numerous of other places for a fixed price. 4 The Windmills of Kinderdijk

Even though the Windmills of Kinderdijk are one of the top-rated tourist attractions in the Netherlands and must definitely be considered a tourist trap, they are worth a visit after all. Let us tell you why. First of all, it is an open-air attraction, and the windmills are wildly distributed alongside a canal and allow the tourist masses to spread out over the whole area. Although we must confess that there can be a high tourist concentration around the souvenir shops and the car park.

Therefore our best tip is to explore Kinderdijk by bike. Either rent a bike nearby or if you’re in for a sportive day bring your own by train to Rotterdam and bike from there (approx. one hour). Don’t confine your visit to Kinderdijk itself as the surrounding has a lot to offer too. Let you sweep along on a bike ride on the dykes and enjoy the beautiful view on the canal and lowlands.

If you are staying somewhere in or around Amsterdam you might consider visiting the Zaanse Schans instead as it might be closer. However, as the area is smaller, it can feel busier than Kinderdijk. Also, with access to some of the mills, a bakery museum, the Albert Heijn Museum (birthplace of Holland’s most famous supermarket chain), the Verkade Experience (cookie factory) and labourers’ cottages the tourist trap barometer is dangerously moving towards the red area. However, as it is an open-air attraction as well, you can follow your path and if necessary, avoid the most crowded attractions. The same goes for the Hoge Veluwe National Park. Since you will be outside in nature in a spacious park, you won’t get the crammed feeling of a tourist trap. Use the White Bikes for free which are parked at the entrances of the park. With the bike, you can move freely throughout the park and explore everything on your own. The bikes work based on a rotate system, as soon as they are in the storage facility, everyone can grab them. The bikes cannot be booked in advance, and it is not allowed to lock them. Furthermore, you should consider the seasons if you visit the Hoge Veluwe National park. It is beautiful in autumn colours, but also spring where everything starts to get green again, is a lovely time for a visit.

Make sure you’ll plan a whole day as if there is enough time you should consider visiting the Kröller-Müller Museum in the heart of the park. The artworks in the museum used to be part of a private collection which is why the museum includes artworks from very different periods and styles amongst the second-largest Van Gogh collection. According to the Kröller-Müller Museum, Friday is the quietest day, so it might be worthwhile to plan your trip accordingly.

If you visit you visit four museums or more a year you might want to consider a museumjaarkaart for €65 a year. To be honest, we doubted including Madurodam and Keukenhof on our list. As it might be recommendable to visit at least one or two tourist traps to be sure you know what you are talking about if your friend from home tries to convince you to visit the wooden shoe museum why not start with those two. At Madurodam you can admire miniatures of all essential sights and buildings from the Netherlands. Especially with children, a day at Madurodam is a fun day out. And as the park is located close to the seaside resort Scheveningen, why not end your day with a chilled biertje at the seaside?

Keukenhof yearly opens its doors from March until May for flower enthusiasts. The park is – in the websites own words – “the international and independent showcase for the Dutch floricultural sector, with a special emphasis on flower bulbs”. Without question, it is a beautiful park, where you can admire beautiful flower creations, especially on a nice and sunny spring day. However, it tends to be severely overcrowded. According to the Keukenhof’s website, it is less busy before 10:30 and after 16:00 and on Monday, Tuesday and Wednesdays.

So our final advice: if you really can’t help yourself visiting tourist traps, plan your visit close to closing time as it tends to be less busy or try to find out what days are the least crowded.

Have a good time exploring Holland, and let us know if you have a golden tip we’ve not listed yet. 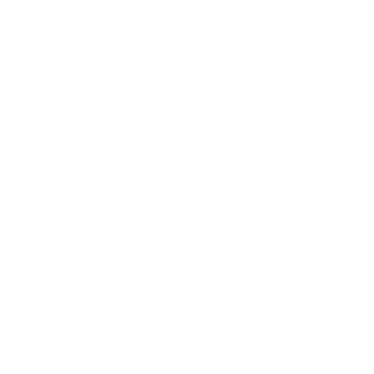